A Detailed Guide to Chart and Graph Animations 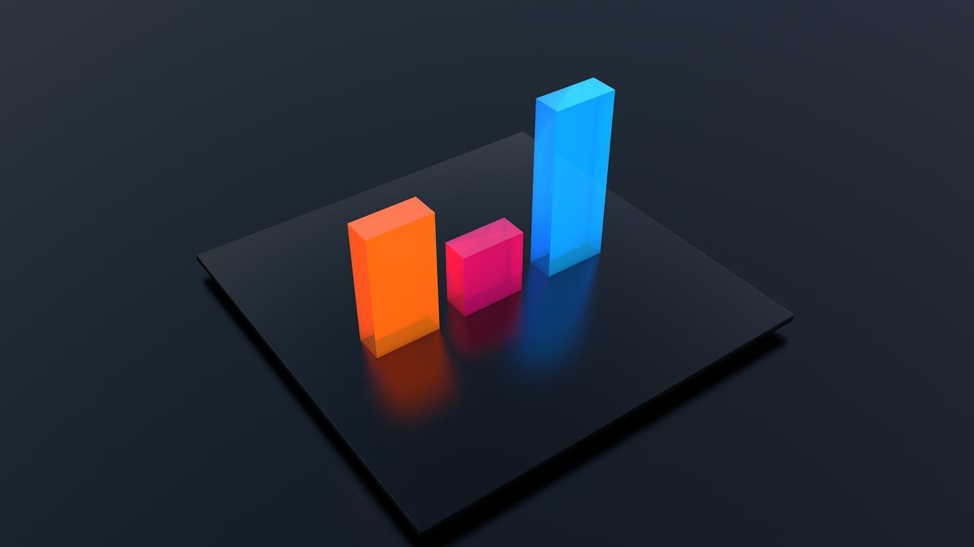 Does your job involve giving data presentations? Although data is best illustrated with charts and graphs, these visuals are often tedious and unappealing to viewers. The best method for making them more attractive to the audience is through animation.

Animated charts and graphs have gained plenty of popularity in recent times due to the power of visualization. These are used to demonstrate trends, patterns, schedules, and correlations between variables. With the help of an animation, visuals become alive and interesting in the eyes of viewers. They communicate entire stories, demonstrate progress, and help individuals understand changes.

The choice of visuals to use in animation videos is extensive, ranging from bar graphs, pictographs, and scatter plots to flowcharts, pie charts, and funnel charts. There are numerous step-by-step video tutorials on how to make animated charts & graphs online, helping individuals create their own visuals.

Follow this guide to learn everything you need to know about such animations.

Types of graphs and charts

Since complex data usually seems dull when presented to viewers, animated charts and graphs have the power to make presentations more attractive and educative. Even though most individuals consider the process of animating visuals complicated, it can be performed easily if taking the right set of steps.

The initial step involves selecting the type of chart or graph you wish to include in your video presentation. There is a variety of visuals to choose from, depending on the way in which you wish to display data to viewers. For instance, line graphs are used for the illustration of data in a given timeframe with the help of two axes. Such visuals are most suitable for an illustration of temperature changes happening in the course of a single day or multiple days.

Bar graphs, on the other hand, are mainly used for the comparison of numeric values. The chosen categories are represented on one axis, while the values are illustrated on the other. Presenters are provided with a choice of horizontal or vertical bar graphs. Marketing agencies find these visuals incredibly convenient for displaying survey results and ratings. 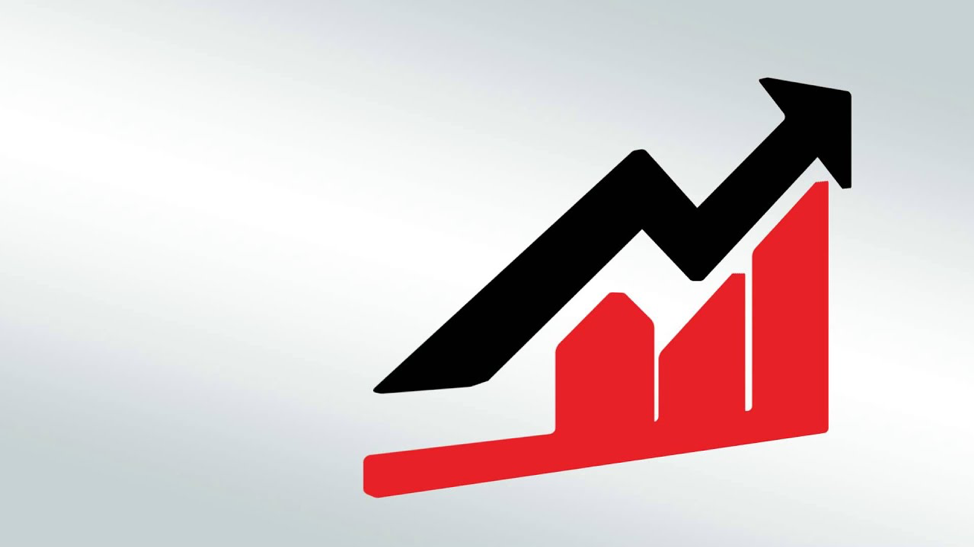 Pictographs rely on symbols and pictures, not bars when displaying data. These are ideal solutions for presenters looking to make their presentations as visual as possible. In contrast, histograms are mostly used for displaying statistics. No person is fond of boring statistics, which is why animated histograms serve the purpose of making data more engaging and clear. Go to this site for an explanation of how histograms work.

Area graphs are helpful in trend and pattern illustration in a given period, which makes them similar to line visuals. Nevertheless, these use colouration for better visualization on the part of the audience. Retailers prefer this method of graphical data display when comparing profits.

As far as charts are concerned, there are a few popular types used in presentations. For example, flowcharts are often used to depict a particular process in a series of steps. Due to the use of various shapes to explain the process, there should be a legend, providing an explanation for every shape.

Pie charts are commonly used in business presentations in the course of market research to represent different segments. These visuals take the form of circles, divided into multiple pieces. Each piece is labelled and of a different size. Follow this link, https://www.wikihow.com/Make-a-Pie-Chart, to learn some practical tips on making a pie chart. 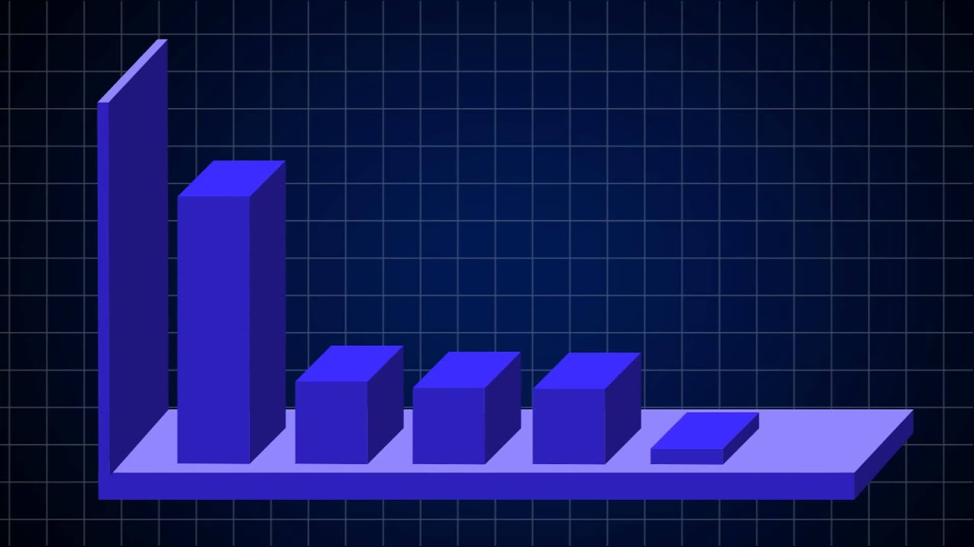 Furthermore, waterfall charts introduce a set of positive and negative values in order for viewers to understand the cumulative effect. These visuals are helpful in the display of profit and loss analysis, as well as financial statements. For a better understanding, positive and negative values are represented in different colours, thus making it easier for viewers to track the increase and decrease in values.

In addition, project schedules are best illustrated with Gantt charts. The project timeframe is displayed on the horizontal axis in the form of days, weeks, months, and years. Conversely, the vertical axis represents the project task, and its length varies in accordance with the deadline of the task. Gantt charts are found most useful by project managers who think of them as indispensable for the monitoring of project task progress.

Funnel charts, as the name suggests, are designed to resemble a funnel. These are the most useful in illustrating value progress in multiple stages, such as a sales process. Many presenters use them to portray order fulfilment, website traffic, lead generation, etc.

Gauge charts serve to show the position of a data point within a particular range, having a minimum and maximum. The value is presented on the scale with a needle. These visuals can be helpful in the presentation of temperature, speed, or revenue.

Ultimately, bullet charts are of tremendous assistance in measuring target performance. These visuals show data with the help of three bars. The target value is represented by a single line, the actual value is illustrated via the centre bar, while the rest of the coloured bars stand for performance indicators. 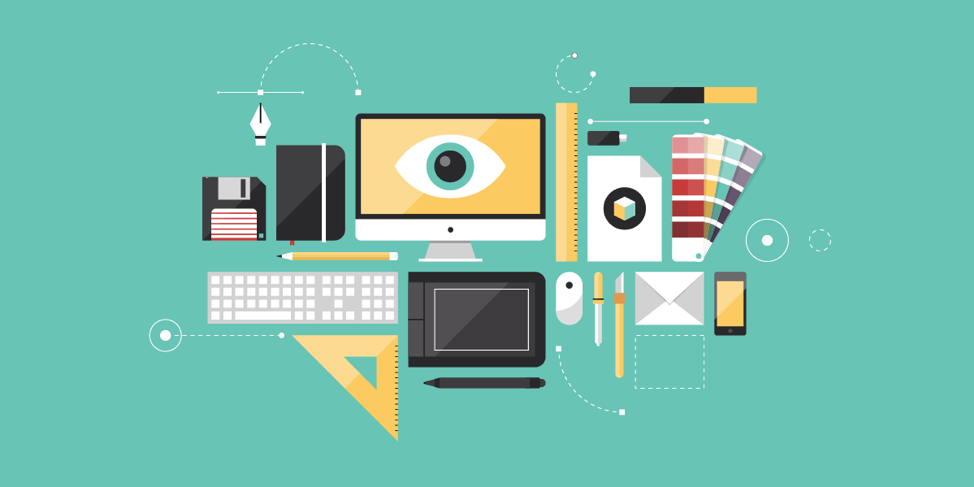 How to animate visuals?

After selecting the right visuals for your data presentation, it’s time to turn them into an animated form. In order to animate a chart or graph, the image should be revealed slowly over a couple of scenes. The most convenient way of performing this step is by using a borderless rectangle to create a masking effect. Some software programs exempt users from creating a borderless rectangle, as they offer them to download it for free.

As mentioned before, the visual is supposed to be revealed gradually, from left to right. Once a particular bar gets revealed, it should increase in size not horizontally but vertically. Given the process of graphic revelation takes time to complete, make sure to cover the right side of the visual with the borderless rectangle you have downloaded.

The following steps include adjusting the settings of the video and its duration. Each scene consists of multiple layers and comes with delay and duration settings. The duration setting should be set to zero in order for the video to be successful.

Once you complete the first scene, make sure to duplicate it. Afterwards, it’s time to reveal a piece of your visual by moving the borderless rectangle. The next step is duplicating the slide, after which another part of the visual should be revealed.

The procedure of revealing parts of the graph and duplicating the slides should be repeated as many times as necessary to uncover the entire visual. Software programs include an animation preview button for users to see the piece of work they’ve created.

Animated data visualizations are of tremendous importance for capturing the attention of viewers. Animations are believed to trigger the interest of the audience, as well as evoke their emotions. Animated visuals are often compared to emotional narratives, capable of displaying data on a large number of topics, ranging from finance to project planning.

Visualization is boasted for having a significant impact on viewers, communicating data in the form of a story. Therefore, animated graphs and charts are used to engage individuals and help them comprehend the information presented in the video instead of just looking at it vaguely.

Another objective of using such animations when presenting complex data is to help viewers visualize progress. Even though animated visuals take a longer time to tell the entire story, the effect they have on the audience is much stronger in comparison to normal data engagement.

For instance, when presenting important results, making the results emerge from the bottom of the screen is more engaging than showing an image of the result. The former method has a dramatic effect on the audience, while the latter triggers no special interest.

Additionally, the animation is powerful when showing the cumulative impact of a certain condition, such as sleep deprivation in school children. By gradually changing the results from day one to the last day of the research, viewers are likely to understand the effect of sleep deprivation better than looking at images or slides.

Apart from communicating information to viewers, animated graphs and charts help the audience see and understand changes. In the absence of animation, individuals cannot see how a data point has changed because of the instant change in charts or graphs. Consequently, such visualization impedes viewers from following the information in a manner it helps them understand it better.

Animation, on the other hand, employs a concept known as object constancy in order for data to flow. This concept allows individuals to track a particular element in the presentation, hence understanding the change that takes place. For instance, animated graphs are the right tool for portraying how the sales of different items have increased or dropped over a given time period.

Unlike text, animations appeal more to the senses of individuals and get absorbed more easily. The brain is believed to process visual information 60,000 times faster when compared to text.

Moreover, a myriad of occupations stands to benefit from using animated graphs and charts, such as statisticians, mathematicians, atmospheric scientists, medical science researchers, marketing agents, sales agents, etc. Statisticians rely on visuals to communicate the findings from surveys and analysis.

Atmospheric scientists use animated data visualization to illustrate weather data like precipitation or temperature. In contrast, medical researchers need visuals to present the results coming from clinical trials, disease studies, etc. For instance, these professionals are likely to use graphs when showing the correlation between a particular disease and life habits.

In the field of marketing, data visualization is of essential importance in presenting market research, the latest trends, product demand, sales, etc. The concept of object constancy helps viewers understand the presented information better by looking at the transition between charts.

Instead of using text, make sure you visualize data with animations.

The audience will understand the presented information, follow the changes in trends, and even enjoy the videos.

Choose the best types of graphs and charts for your animated presentation!

Things You Need to Know About Database Replication

Five Important Tips to Succeed as A Data Scientist