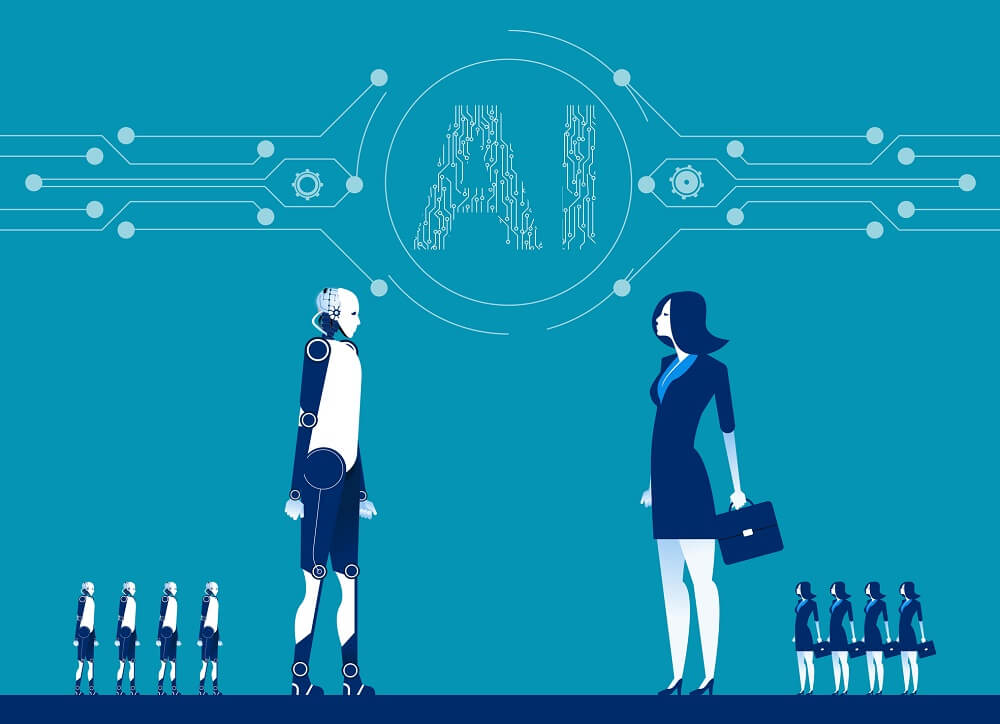 Leaders in AI-The age of artificial intelligence, machine learning and robotics is here, and these technologies will continue to shape our lives in the future. But the people working in these fields still don’t reflect the society they are bound to change.

Women make up only 22% of AI professionals worldwide, according to analysis done by LinkedIn and the World Economic Forum for its 2018 Global Gender Gap Report. In the more specialized area of machine learning, only 12% are women, based on a study done by Wired in partnership with Montreal startup Element AI.

She’s the co-founder and CEO of Affectiva, a software company using AI technology to detect emotions through face and voice. The worldwide market for emotion detection and recognition is expected to reach $24.74 billion by 2020.

She led the development of Affectiva’s emotion AI technology, which employs computer vision, deep learning, machine learning and speech processing to recognize emotions from vast amounts of facial data. Before starting Affectiva, el Kaliouby worked as a research scientist at MIT Media Lab. She earned her PhD from the University of Cambridge and her post-doctorate at MIT. She’s part of Fortune Magazine’s 2018 40 Under 40 list as well as Forbes’ 2018 list of America’s Top 50 Women in Tech and is also a 2018 Young Global Leader in the World Economic Forum.

Writing for Forbes, el Kaliouby envisions a future where robots work with humans — not against them. “It may seem far-fetched, but I see AI in partnership with people — helping us do our jobs better, giving us more insights and maybe even making us healthier and happier.” (To learn more about AI’s roots, check out A Brief History of AI.)

Li is one of the brilliant minds in artificial intelligence. She’s currently a professor at Stanford University’s Computer Science Department and co-heads the Stanford Human-Centered AI Institute (HAI), dedicated to advancing AI research and development for the good of humanity. Li also had a brief stint as chief scientist of AI and machine learning at Google Cloud.

She advocates for diversity and inclusion in AI as co-founder and chairperson of nonprofit organization AI4ALL. Li has received numerous awards and recognition for her work, including the 2017 Athena Award for Academic Leadership from University of California’s Women in Technology Initiative, as part of Elle Magazine’s 2017 Women in Tech power list, and as one of Carnegie Foundation’s Great Immigrants of 2016.

In an interview with Wired, Li laid out her vision for HAI: “Above all, I want to see HAI producing a very diverse workforce of AI practitioners, developers, and leaders. And I hope that we can deploy technologies that help humans live better and healthier and work more safely and productively.”

Breazeal founded and heads the MIT Media Lab’s Personal Robots group and works as an associate professor of media arts and sciences at MIT. As a pioneer in the field of human-robot interaction, Breazeal helped build the now-defunct Jibo, a social robot for the home that uses advanced facial and voice recognition as well as natural language understanding to interact and forge relationships with its human family. She then turned it into a social robotics company with the same name, serving as co-founder and chief scientist.

She has been named as one of the most promising women entrepreneurs by Fortune in 2014 and one of six innovative women to watch by Entrepreneur in 2015. Her Jibo robot has been honored by Time Magazine as one of 2017’s best inventions.