From where IT professionals sit, these are early days for industrial IoT. Still, the software, hardware, and network ecosystem required for delivering on the promise of IoT will eventually transform the way enterprises think about running everything. Here are four cloud-based industrial IoT startups worth knowing.

Who are the most promising internet of things (IoT) startups? Venture capitalists, sensing the opportunity, are looking for companies to invest in. Millions of dollars are available for technologies with a track record and a good idea. One particular area of interest for us here at InformationWeek is the activity around cloud-based industrial IoT platforms.

From where IT professionals sit, these are early days for industrial IoT. Still, the software, hardware, and network ecosystem required for delivering on the promise of IoT will eventually transform the way enterprises think about running everything.

Industrial operations, supply chain, commerce, and customer service are some of the enterprise environments expected to be dramatically transformed by IoT.

Ultimately, the ability of IT to effectively use industrial IoT technologies in the enterprise will depend to a great extent on the platform used to develop the software used to manage operations — and whether that platform lives on-premises or in the cloud.

Various analyst groups have produced estimates about future revenues tied to IoT — each one larger than the last. Machina Research upped the ante last week, predicting IoT would be a $3 trillion market by 2025.

[Want to see how the Internet of Things is being put to work? Read GE Uses Machine Learning to Restore Italian Power Plant.]

Another development helping to drive market speculation was SoftBank’s purchase of ARM, a major supplier of low-power chips used in the iPhone and other smartphones, for $32 billion.

In a prepared statement announcing the deal, SoftBank’s CEO Mashayoshi Son said ARM was “an excellent strategic fit as we invest to capture the very significant opportunity provided by the Internet of Things.”

Here, we examine some of the emerging IoT companies aiming to create the cloud-based platforms they hope will serve as the basis for industrial and enterprise IoT deployments. We’ll make comparisons to C3 IoT, a Redwood City, Calif.-based startup, whose early traction with utilities provides an important indicator of where industrial IoT platform startups might focus their energies.

C3 IoT, a small firm of 105 employees, generated revenues of $38 million in its last quarter — its first of the 2017 fiscal year. The company is analyzing the grids of 20 public utilities, helping them match generation to customer demand, and realizing other diverse benefits from that instrumentation.

In an interview with InformationWeek, Tom Siebel, the former Siebel Systems founder who is chairman and CEO of C3 IoT, said a utility armed with the new data can tell who on its distribution network is bypassing the meter and stealing electricity, a bit of intelligence that every utility wished it had. 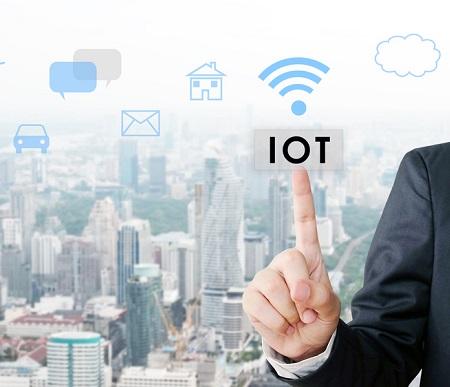 Energy thefts occur more frequently than the average customer might think — an average of $10 per meter per utility — and that’s a loss that utilities would like to recover, Siebel said in an interview.

Siebel funded C3 Energy, its predecessor, by sending out an email on a Friday in December 2008. By the following Monday, he said, he had commitments for $20 million, and C3 was off and running.

He has added money from his own $1.9 billion software fortune to fund the company to this point, and told us the firm is now a “cash positive” business able to fund its own expansion. He said he expects it to be profitable within three years.