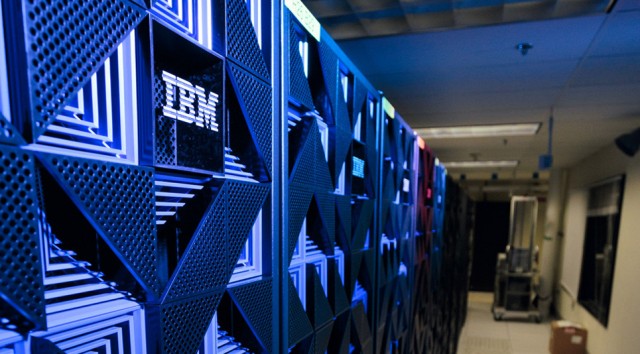 International Business Machines‘ (NYSE:IBM) return to growth after five years of declining revenue has been driven by a few different things. A weakening U.S. dollar has boosted the top line thanks to currency translation effects, the continued double-digit expansion of IBM’s growth businesses has offset slumping sales in some legacy businesses, and the launch of the newest z14 mainframe system has provided a boost to the hardware business.

The timing of the new mainframe system was just about perfect, coming when IBM absolutely needed to prove that it could grow. A 71% jump in mainframe sales during the fourth quarter of 2017 was enough to push IBM’s total revenue, adjusted for currency, about 1% higher. Momentum continued for the mainframe in the first quarter of 2018 with 54% growth, but currency-adjusted total revenue was just about flat.

Unfortunately, this strong mainframe growth probably won’t last. The initial spike in sales following a mainframe launch typically gives way once that launch is lapped. The z14 started shipping toward the end of the third quarter of 2017, so the second half of 2018 will likely feature a mainframe headwind that will test IBM’s ability to produce revenue growth.

IBM refreshes its mainframe lineup every few years. The z14 was announced in July 2017, about two and a half years after the launch of the z13. Each new mainframe triggers some existing customers to upgrade. This creates a swell in mainframe sales, often lasting a few quarters.

After that initial surge, mainframe sales start to slump as the launch is lapped. That slump lasts until the next mainframe refresh, which starts the process over again.